You don’t need a Ph.D. to understand pH
Everybody who studied high school chemistry knows that pH stands for “Power of Hydrogen”.  What they may not know is that the actual notation was created by Søren Peder Lauritz Sørensen away back in the year 1909.  His original notation included the lowercase “p” and the upper case “H”, but the second letter was written as a subscript so it looked like this: pH 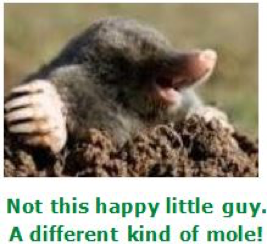 Nowadays of course we all use the standard notation pH, so that we make consistent references and avoid confusion.  So, what are we discussing when the pH symbol is bandied about?

The power of hydrogen describes the level of hydrogen activity in a process.  Normally, in a sample solution, when performing a direct measurement, we would use electrodes that are designed to be sensitive to the concentration and activity of hydrogen ions.

At this point I could explain what a mole is, or maybe attempt to help you fathom an Ernst equation, but there is a much simpler way to avoid both of them.

At the very beginning of the 14th century (1300 C.E.), a Spanish doctor named Arnau de Vilanova discovered that the pigments called litmus, which could be extracted from certain lichens, when put into solution, would detect changes in acidity and alkalinity.  When absorbent paper was exposed to the solution and then dried, small pieces could be dipped in a test solution to determine its state.

He apparently possessed a brilliant mind, and an excellent reputation as a doctor.  Among his clientele were three Popes, three Kings, and many rich elite whom he cured of seemingly intractable illnesses.

What are we testing exactly?

Chemical solutions have basic or acidic properties determined by their ability to take up or donate a hydrogen ion, respectively.  When hydrogen loses its electron, it has a net positive-charge; that means, quite literally, that it is a naked proton, and it really seeks to join with something in order to get back into a stable state.

When we use a pH test strip we are measuring the ability of the test substance to exchange a proton, and which direction that proton goes.  The speed of the reaction in the test strip determines the strength of the acidity or alkalinity.  Robust reactions will take place at the extreme ends of the scale, closer to 1 or 14.  Less powerful reactions will be closer to 7 (neutral).

If you need to test a gas (e.g. ammonia vapour [NH3], which happens to be alkaline) simply wet the litmus paper with plain water and expose it to the gas.  The gas will dissolve into the water and then react with the litmus providing the colour change.

In the early days of chemistry (when it was still called alchemy), actual values were not known; if you knew which state it was, nothing more was required.

Very strong bases can surpass the supposed “top” of the pH scale at 14.0.  Strong acids can also pass into negative numbers instead of stopping at 1.0.  The numbers 1–14 are simply a convention—just because a measuring ruler has a fixed length doesn’t mean that nothing longer than the ruler exists.

Litmus comes in two colours, red and blue.  Red litmus can be used to detect alkalinity (base), and blue can detect acidity.  By combining them you can create a neutral purple litmus paper that can detect both states but only up to 8.3 for bases and down to 4.5 for acids.  Stronger bases and acids provoke no additional colour change.

Nowadays, of course, we demand and need much greater accuracy for measuring both chemical states.  By using different reagents we can achieve much more precise readings with these paper strips rather than resorting to ultra-sensitive, electrode-based physical measurements.

A brew master creating a wort from which to make beer wants to know if it has become alkaline.  S/he can then add citric acid to bring it back to a neutral state.  Paper strips are faster and easier than collecting a sample, taking it to a laboratory, and consuming time during which the wrong chemistry might kill your enzymes or your yeast. 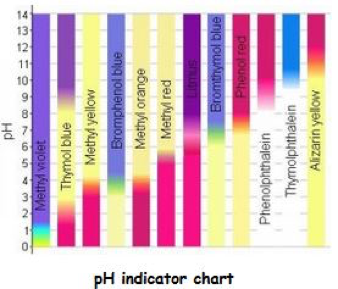 This chart gives an idea of chromatic responsiveness of several reagents.  Of course there are others that are not included here.  The centre strip that is half red and half purple shows the original litmus responsiveness in comparison to the greater accuracy of 11 other types.

So…what are you doing after class?  Want to exchange protons?